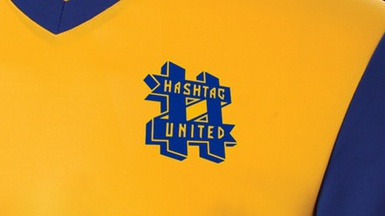 To launch our new twitter page, we thought we would go big and we couldn’t think of a bigger club in non-league than the team that has a bigger online following than alot of teams in the football league.

389K followers on Instagram, 178K followers on Twitter and 438K on Youtube, these are some astronomical numbers for a team playing in the 10th tier of English Football. However Hashtag aren’t your ordinary club.

It wasnt until this season 2018/19 that the club joined the ranks of non-league, splitting opinion in the process, traditionalists of non-league and those suspicious of an “internet franchise team” especially. However, as the season has worn on the club have shown they are going about things the correct way, they havent thrown money at the team to quickly rise through the leagues as some of the players who played in those early exhibition games are still in the team and they haven’t uprooted a club with history to be where they are.

The attention that the club will bring to whatever division or league they play in the future and currently is another reason why I believe the club will do more good for the non-league game. While Hashtag sit top of their current league, the Eastern Senior League Division One South, the boosted attandances that clubs will receieve due to younger people coming out to see their Youtube heroes is surely just another positive?

Whilst the club doesn’t have a traditional academy or junior teams, Hashtag have previously run a “Hashtag Academy” where young players from across the country competed to be a member of the Hashtag squad, the eventual winner Scott Pollock has gone on to feature for Hashtag and is currently signed to a pro deal with Northampton Town, and if hints are anything to go by in Hashtag’s latest videos a new Academy series is in the works.

From everyone here at ClimbingTheLadder, we wish Hashtag all the best in the future and good luck for the rest of the season, oh and we nearly forgot, dont forget to #Hashtag It.