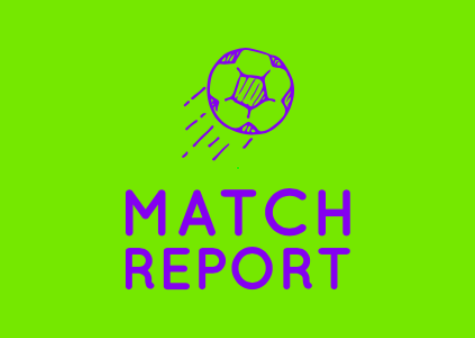 Going into this game, the home side needed the three points to secure promotion from Division 3. However against a Braithwaite team that have improved massively in recent weeks, picking up points against 2nd placed Kirkoswald reserves and Lunesdale United, it was going to be a difficult game especially with it being a midweek game.

With a couple of players missing, the Academy took a while to get going in this tie and with that the first half was a very even affair, the home side going ahead through a Luke Hunter goal however his goal was cancelled out just before half time by Braithwaite.

In the second half, the home side started the quicker of the two teams, and eventually went ahead with a touch of fortune, a long ball forward by Penrith keeper Macauley Musgrave was headed over his own goalkeeper by the Braithwaite center half and the ball rolled into the empty net.

After the home side taking the lead, the game again leveled out and both teams had some chances to score, although as the half wore on, the away side tired and the younger Academy side extended their lead through division top scorer Tom Graham to wrap up all the 3 points.

With the win, Penrith Academy go six points clear with two games remaining, assuring promotion in the process. They dont have to wait long for the chance to wrap up the title as they travel away to 9th place Endmoore KGR Reserves on Saturday.