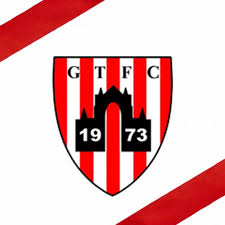 Our final ‘Getting to know’ of the season is here, and we are off to Guisborough to look at Guisborough Town FC, otherwise known as the ‘Priorymen’.

The club play at the King George V stadium in Guisborough and have done since the club was founded in 1973, following nearby Football League cluub Sunderland’s FA Cup success in the same year, Guisborough adopted Red and White stripes as the home colours.

The Priorymen began life in the Middlesbrough & District League before joining the South Bank & District League, they didn’t stay long however moving to the Northern Alliance in 1977. They stayed in the Northern Alliance until winning the league in 1979/80 when they switched to the Midland League, which later became the Northern Counties East League. They stayed in this league for 5 seasons, finishing in the top 10 in four of them, before making one last move to the newly founded Northern League Division Two in 1985.

Guisborough Town runs also boasts a successful Junior Section with 13 teams playing in the Teesside Junior Football Alliance, ranging from Under 7’s to our U19 development side.

This is something that the club clearly prides iteself upon, as throughout the clubs history the majority of key personel have been local lads, for example long term manager Mick Hodgson who would go onto manage the team for more than 700 games before he left in 1993 after leading the club through the local leagues to the Northern League, and winning various cups along the way.

Their local community is clearly very important to this club, but so is football across the globe with the club recently making a very charitable donation of football kits and equipment to a school in Gambia.

From everyone here at ‘Climbing The Ladder’ we’d just like to wish everyone at Guisborough Town all the best for the coming season.