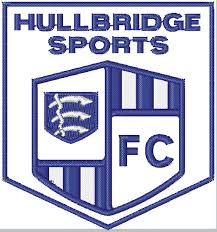 Ahead of the 2019/20 season kicking off, a large amount of teams find themselves in new divisions and leagues for the upcoming campaign. Whether it be through promotion, relegation of the FA moving teams around.

One side that are certainly looking forward to the new season following a nail biting promotion last season is today’s ‘Getting to Know’ subjects, Hullbridge Sports FC.

‘Sports’ is definitely a family club, the side based out of The Ryan’s Heating Stadium, currently run 28 different teams from Mini Soccer and girls football, through almost the complete range of Youth sides and finally through to men’s Vets.

In the 2018/19 season ‘Sports’ finished top of the Essex Senior League, winning the league in the last game of the season, and that title that will see them make their debut in the Isthmian League North Division in 2019/20.

The sides first ever season in the Isthmian League North Division will see them compete against some massive Non-League clubs such as Canvey Island, Grays Athletic and Heybridge Swifts.

Much to the delight of everyone at Hullbridge, the vast majority of their title winning squad have re-signed for the coming campaign. Add to that the impressive improvements that manager Darren Manning has made, bringing in a couple of very talented young players and a number of new backroom staff, then it appears that ‘Sports’ are doing all the right things to ensure that their debut season in the Isthmian League isn’t their last.

Perhaps the thing that Hullbridge Sports will rely on most, is getting a good start to their season, continuing the success and buzz that the club achieved last year.

Now that their fixtures have been released it will sink in at the club that they are moving up the Non-League ladder, and everyone here at Climbing The Ladder would like to wish them all the best for their debut campaign in the Istmain League.